Interview with Smart Bubbles from the Poptropica Creators 🫧 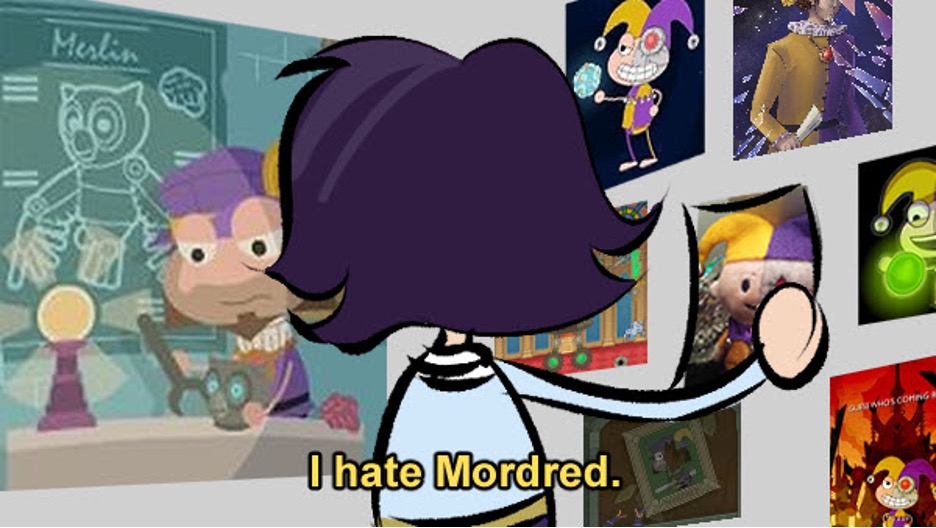 1. How were you first introduced to Poptropica?

Like most older players, Funbrain is where it started for me. It was the main website Pop was advertised on, and I remember seeing it all the time there. I used to spend a lot of time on Funbrain as well!

2. Who do you think is the most underrated character? Overrated?

Underrated – Probably Fiona from Ghost Story. Ghost Story had by far one of the best storylines in Poptropica and I miss it dearly, and she’s one I don’t see much of except for some fanart every blue moon.

I’m also going to quickly mention Binary Bard because — wait, wait, hear me out — the guy has a lot of fans, I’m aware. However, I’ll consider him underrated until his island is back and he has his own book series.

Overrated – Poor Dr. Hare’s getting a lot of flack this time, isn’t he? Ah well. He’s a pretty easy answer and to be fair, I do feel that for the main mascot of Pop, he’s definitely one of the simpler characters but don’t take this too seriously as you will soon find how VERY biased I am). 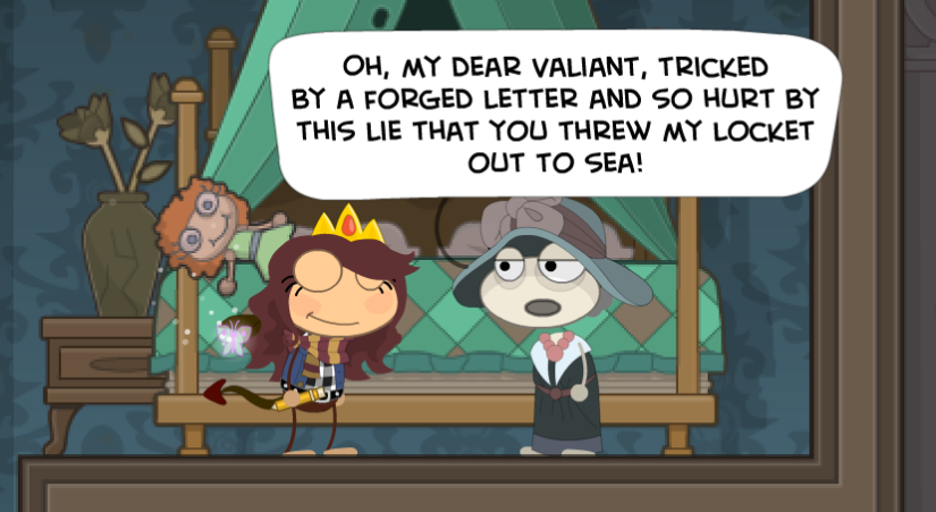 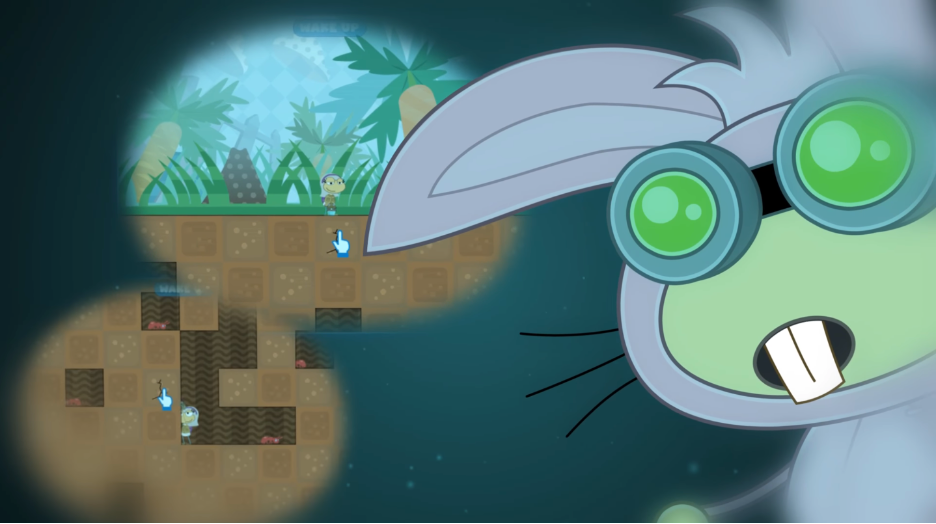 3. What are your favorite scenes, aesthetically and to play through?

I remember I used to go to the background of Poptropica Realms — when you exited out of a specific realm and just stared at all the mini worlds in bubbles — and listen to the ambience. The music and calm there was very sweet, and it was one of those rare times when you open a game but don’t really play it, instead just stopping to enjoy the scene.

I remember I used to go to the background of Poptropica Realms — when you exited out of a specific realm and just stared at all the mini worlds in bubbles — and listen to the ambience. The music and calm there was very sweet, and it was one of those rare times when you open a game but don’t really play it, instead just stopping to enjoy the scene. 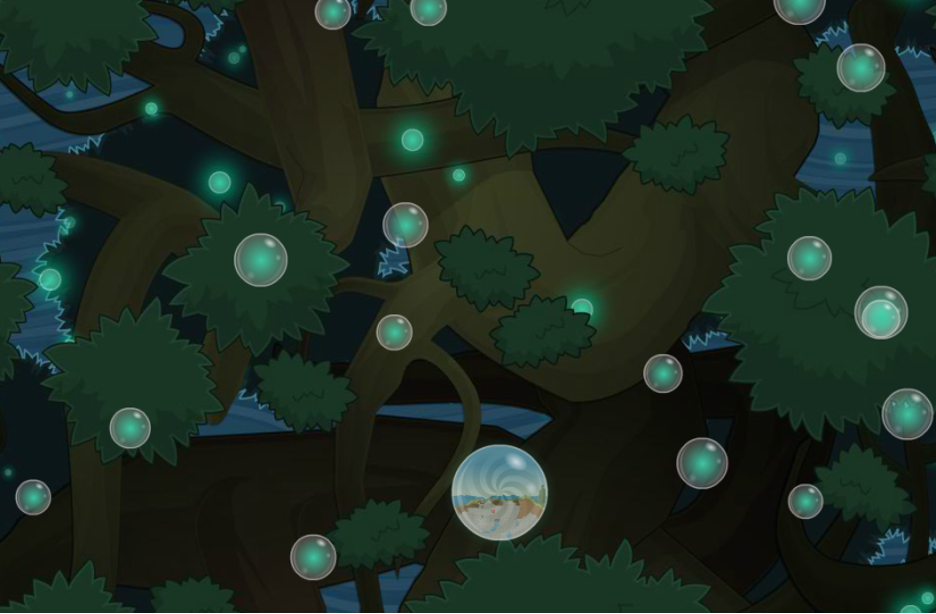 4. From your perspective, how have you seen the Poptropica Help Blog (PHB) and community change over time?

I’m one of the newest authors on the PHB, and while I had only posted a little bit before joining, I’ve actually lurked in this community since 2015! I read so many blogs, discovering any fan theories or creations that I could. At the time, I was pretty anxious about joining in the fandom, but I think I still got a decent view of what it was like.

I do feel the community is far less active recently. It’s sad to see the fan blogs slow down, but things have been a little slow. I remember enjoying many series from the PHB as well, including their seasonal magazine that has since retired, The POPCORN! 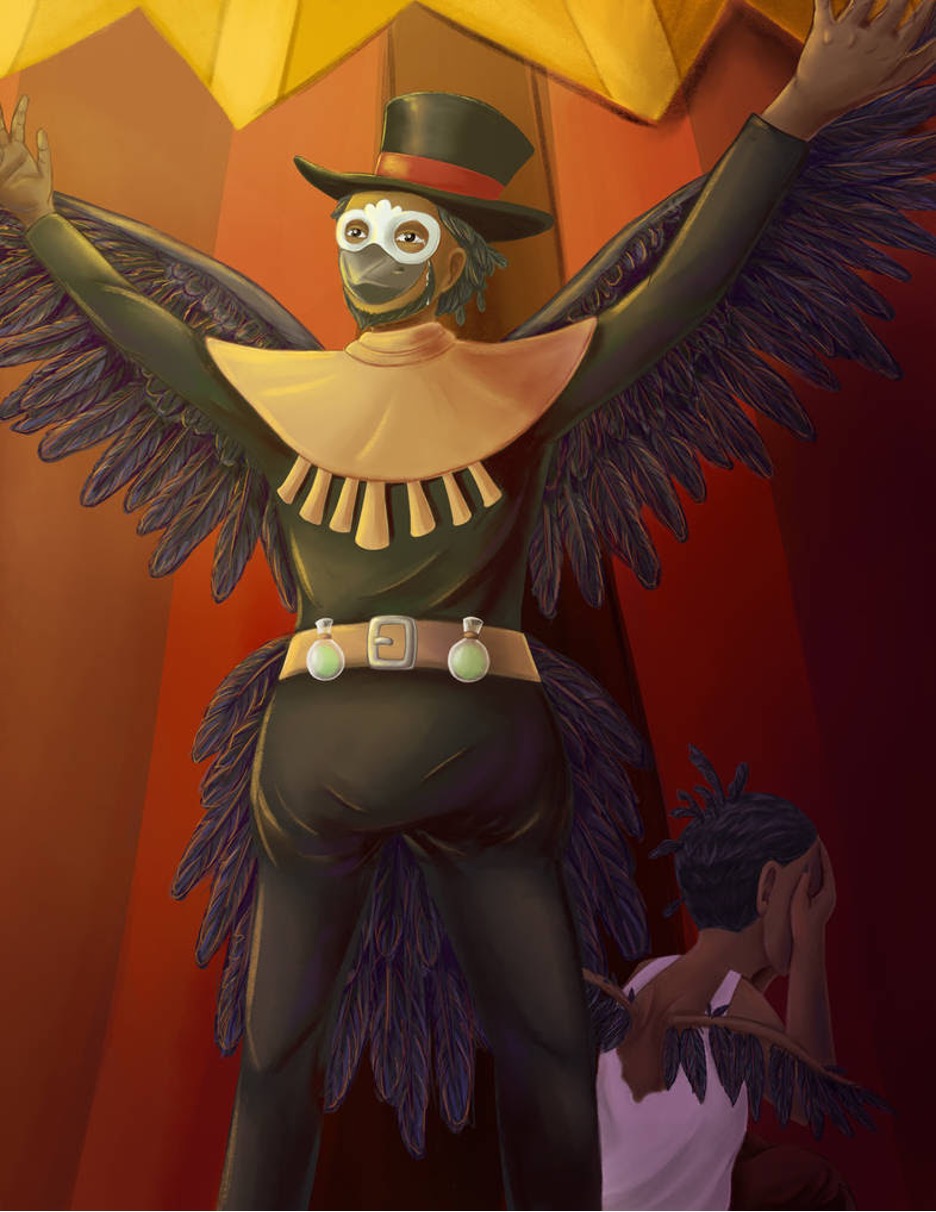 5. How has your PHB career surprised you?

I think people can have different reasons for any creative arts, including storytelling. For some, they just want to do something they enjoy and express themselves. While I feel that too, I’m also passionate about bringing emotions and inspiration to others.

I’ve been writing a concept script for a Poptropica TV series called “The Villain Saga” for a while now, which you can read on the PHB. It’s very much just for fun, but it brought me so much joy when I saw other Pop fans writing their own stories in a similar format!

Nature is a massive thing for me. I love being in green forests, which is kind of hard as someone who lives in a desert! Music is also a huge source of inspiration for me — I tend to create things based more on emotions than general ideas, hence why I can have a futuristic comic inspired by a horror musical.

I’ve also been developing an interest in studying cultures around the world. I’m especially passionate about Japan and hope to travel there someday! Who knows, maybe I can even make some Poptropica stuff while I’m there… ;>

7. What does the Pop community mean to you?

It’s a lot of fun to just be able to geek out about characters and nostalgia that just aren’t known or discussed outside of this community. I can create things and get feedback or practice ideas through fan creations, which in turn helps me improve my personal work.

8. How have your experiences with the community and Poptropica influenced you IRL?

I have to say my work outside of Pop hasn’t changed much before and after. I was an artist and writer before, and I still am. I was involved in the Pop community a bit before being invited to work on the PHB as well. That all being said, I find myself becoming more interested in writing articles on subjects I’m steeped in, such as gaming and fandom, and blogging with the PHB has absolutely given me more practice in those departments. And of course, collaborating on and creating projects inspires me even further!

9. Outside of Poptropica and your PHB involvement, what are you passionate about?

I love all kinds of music (listening, not writing, still haven’t got the hang of that). I hope to learn as many mediums of storytelling as possible, be they comics, animation, or novels. I have a deep love for bittersweet or just downright tragic stories. Astronomy also interests me, and while I don’t think I have the brainpower to study it as a profession, I love learning as many facts as possible! 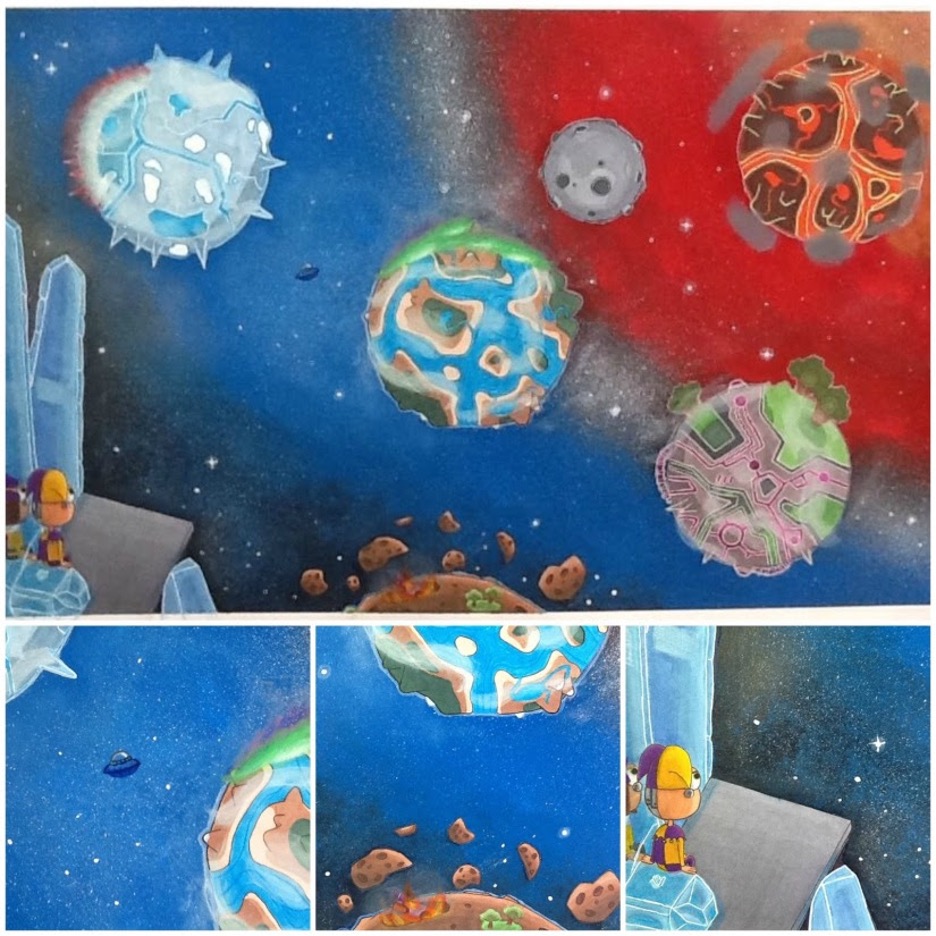 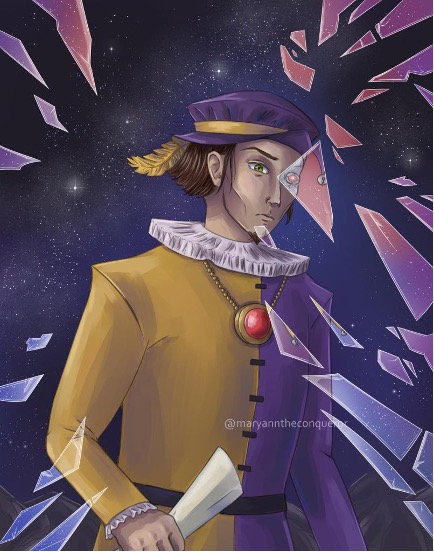 “The Knowledge of the Stars” by MaryannTheConqueror 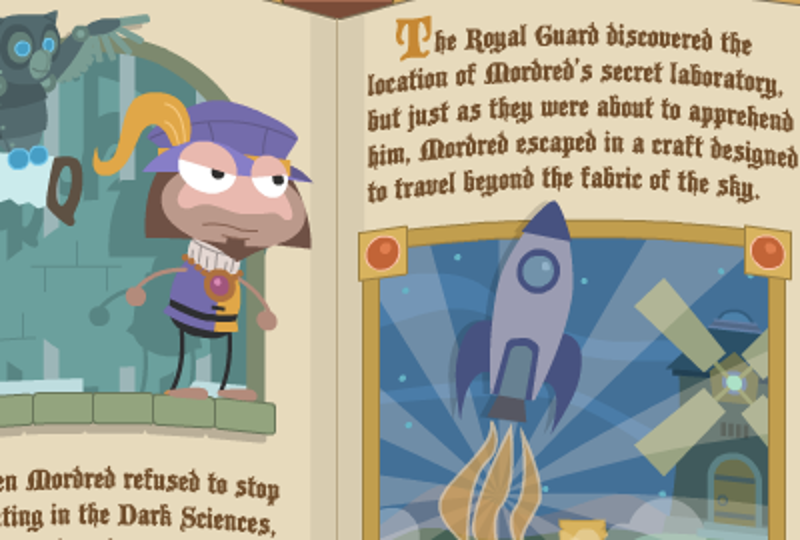 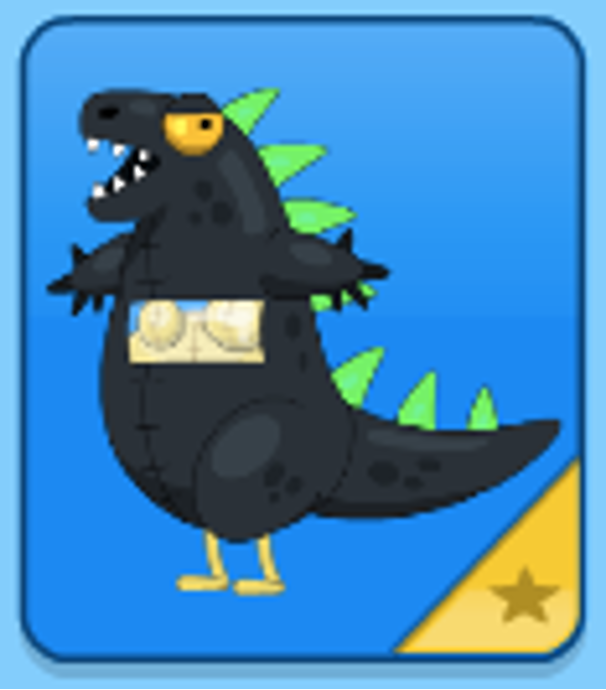 Funding for this post is provided by Harold Mews' bank account. If you'd like, you can check out more of my writing and art on the PHB. Pop on!

Fiona scared the crap out of me as a kid when I first played Ghost Story, made me jump when I heard voice acting in-game

Epic. Just epic.
It is good to have someone who writes about nostalgic poptropica rather than all the new easy stuff.
Good stuff smart bubbles, hopefully with you on the team, we’ll have more posts on old poptropica!

i like your drawlings their pretty awesome you should make some more cool arts. :)

Please bring back Ghost Story! One of my all time faves along with Mystery Train and Spy Island! I jumped out my seat when I heard the one voice in the island!