Better late than never – September’s Baron has finally arrived, safe and well! However, the same cannot be said for the Baron… After going missing in action last month, this month’s Baron is Rumpel-fied, but back at the vessel’s helm nonetheless. Climb aboard the flying vessel, little adventurers. There’s lotsa loot to plunder! 🎉

As usual, the Airship arrival signals the delivery of a free player-designed costume. To make up for the delay in this month’s Airship, the Baron has recreated TWO player-made costumes! Without further ado, the winners of August’s costume contest are… 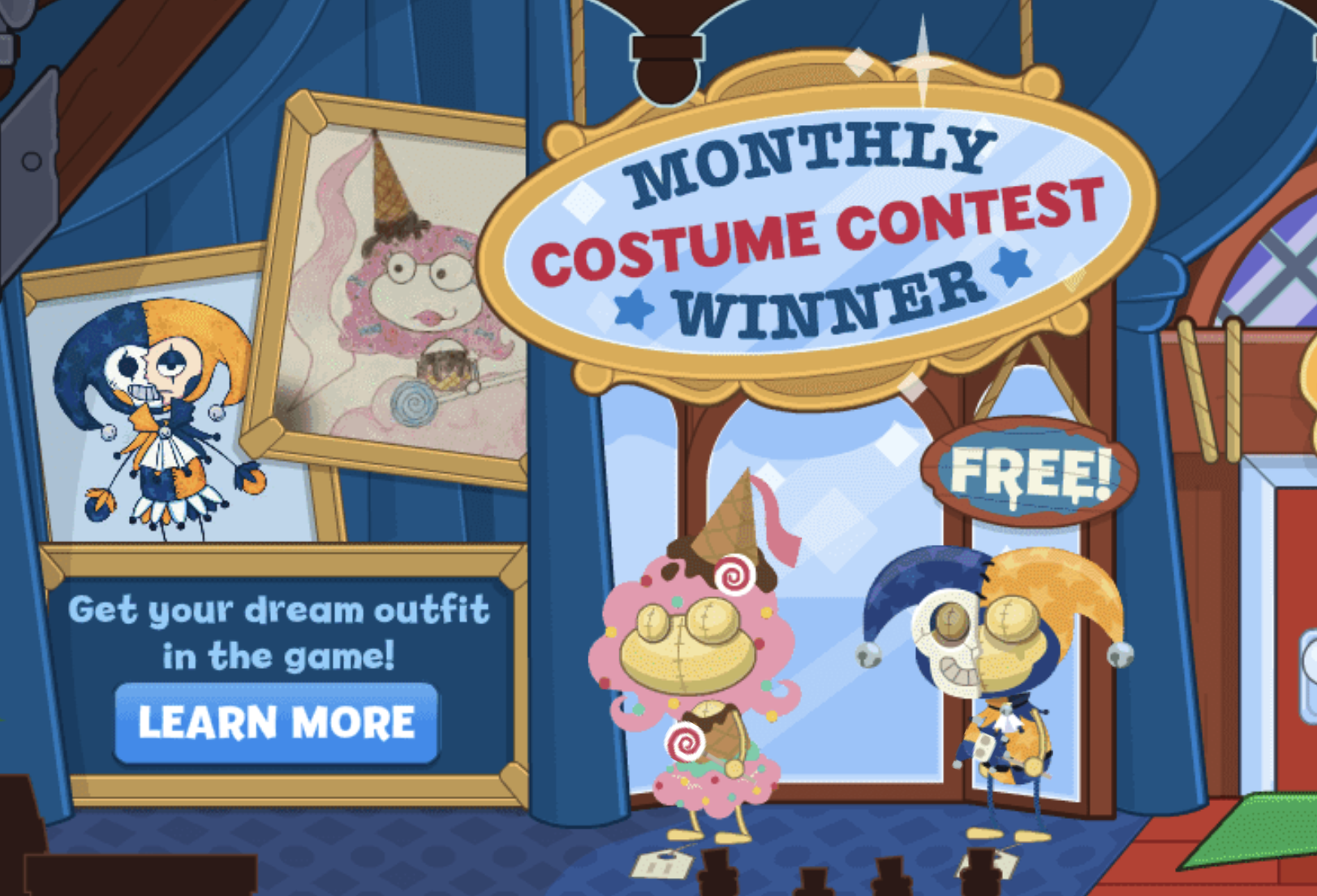 Candy Girl by Fast Leopard and Jester by Blue Bones! 🍭🤡

All players can nab the two FREE costumes from the Airship’s Cabin of Curiosities for a limited time. Put your sweet tooth front and center – channel your inner-cotton candy queen with Candy Girl, before clownin’ around with the Jester’s blue and yellow clown ensemble, complete with a halfsie skull mask and matching mini jester accessory. Congratulations, Fast Leopard and Blue Bones! 👏

After securing September’s special haul, don’t forget to chat up the Baron Rumpel! He’s well past keeping his scheme a secret. Now that his plans have escalated, Rumpel’s keen on bragging about the sky pirate’s disappearance and his revenge against the Red Queen – the Baron’s fabled mother… 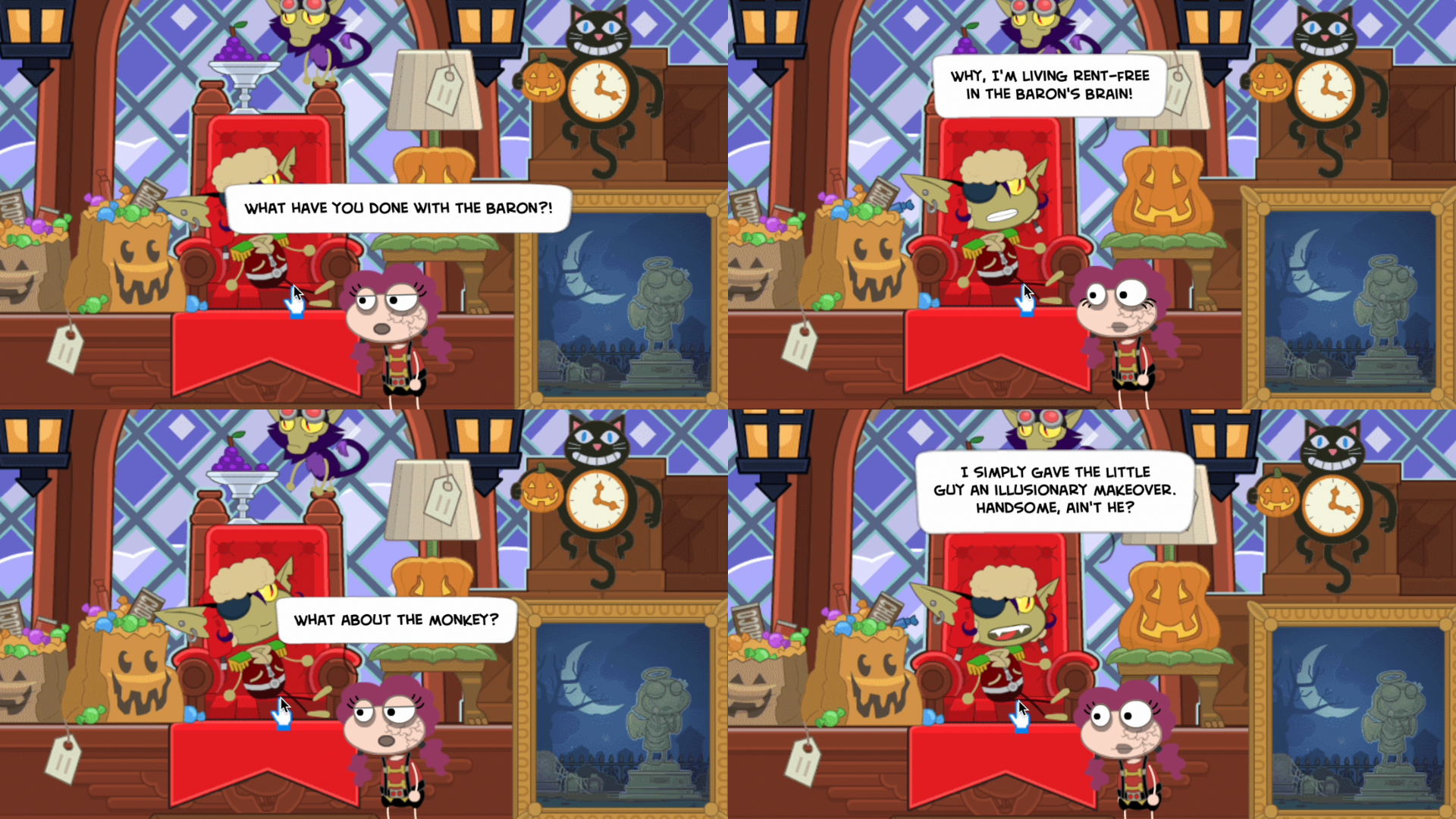 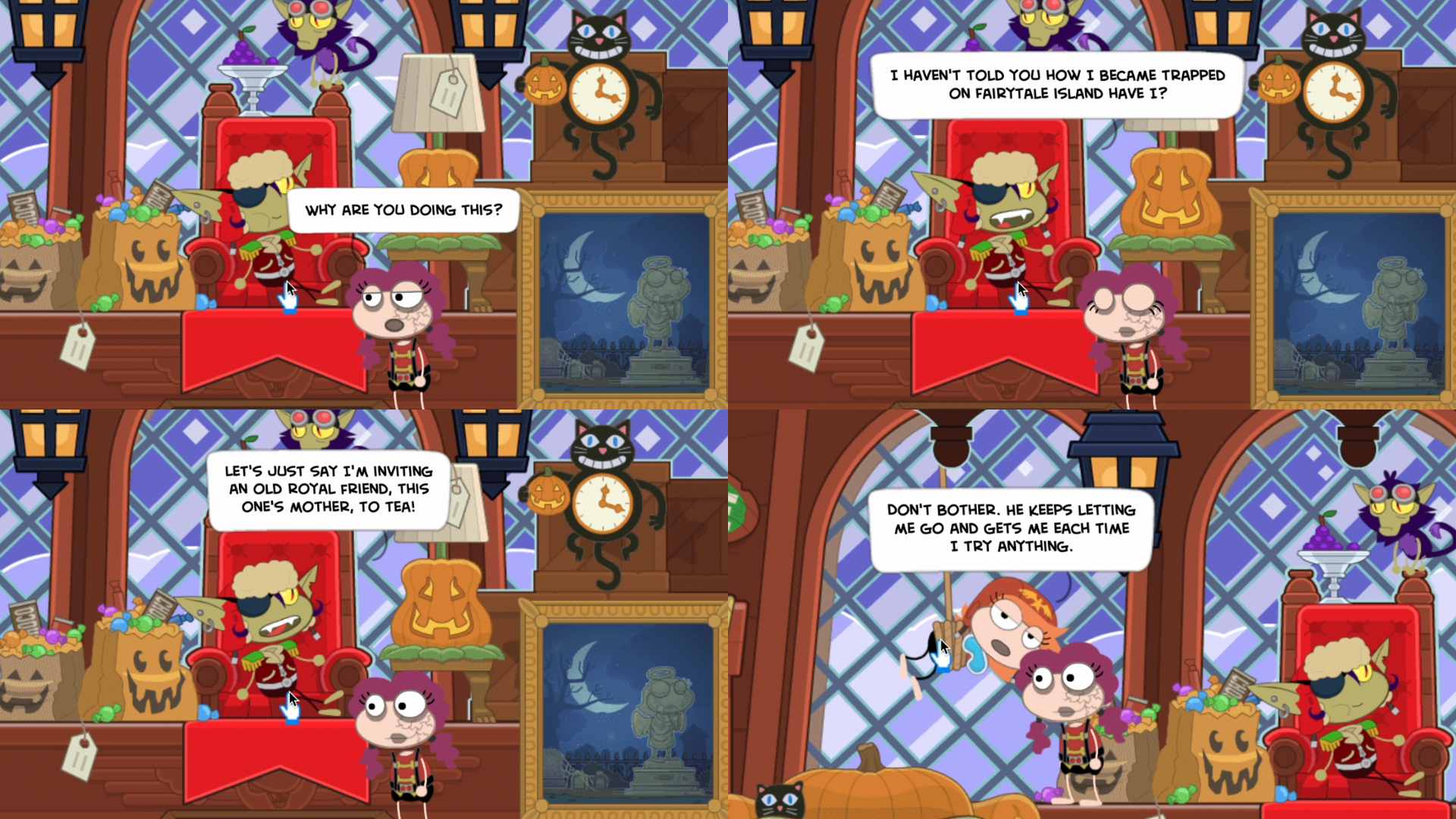 Pop tip: Descend to the Baron’s quarters from the Cabin of Curiosities, where Rumpel’s eager to spill the beans to players that have braved The Baron’s Crusade mini quest! 👀

Is it possible more Poptropica lore will be here sooner rather than later? Maybe so, little adventurers. 😉 Until then, hurry to the Baron’s Airship and claim your freebies and basically-free Halloween décor! Time’s-a-tickin’, Poptropicans! What do you think of this month’s Airship edition? Share your fave Cabin items in the comments – we want to know! ✨

As much as this is interesting, could we have news on original Poptropica features and islands?

Wait, rumple said that he is in the red baron's brain. so that means when he said "i'm inviting an old royal friend, THIS ONES MOTHER, to tea!" does that mean the red baron is related to the queen of fairytale island? (ʘ╻ʘ)

So Rumpelstilkin WAS involed with the baron! But urgh, can't he just take a break? :) JK it's fun to have an ongoing quest like that.

THANK YOU SO MUCH FOR MAKING THE MERCH SO AFFORDABLE!!!! I LOVE IT!

my favorite item is the jester because it is so creative :)

Hey I was wondering when the items in the clubhouse store are gonna be updated, because it seems like a lot of them have been there for SOOO long!

THE BARONS MOTHER?? IS IT GOING TO BE A MINI QUEST?! I LOVE THIS!
Also, thank you for having everything super cheap in the store!

Hi congratulations to fast leopard and blue bones. I hope you win again 😆😆😆.