Hello, fellow Poptropicans! It is me, Young Rider, back with a whole, new idea! Poptropicans, do you remember Sir Howard Diggory from the new island titled “Secret of the Jade Scarab”?

Photo Credit: poptropica.fandom.com (I would have preferred to replay the island and take a screenshot, but April was one of my busiest months, so I speeded up a little bit).

For those who don’t know, Sir Howard Diggory was the main antagonist in the Secret of the Jade Scarab Island. He chose the money over the people (like stated by the goddess in the climax of the island) and he planned to make deals with the Jade Scarab to the queen. Shame on his disgrace towards the Poptropican inhabitants of the village where the Jade Scarab lies!! Judging by his name “Sir Howard Diggory”, he is most likely English. His hair is blond and according to Google, your hair can change depending on your genes, so another character that literally comes to the top of my mind right now is…… 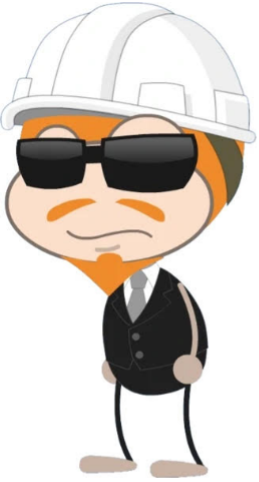 Burt Diamond could possibly be Sir Howard Diggory. After all, Diamond and Sir Diggory share many traits…

1: They both are greedy and avaricious.

2: They both commit sins and make vicious stealing attempts to gain luxury.

3: They both are fashionably fancy (Diamond having a tuxedo while Sir Diggory having a pipe and a green suit)

4: They possibly both share British names (If you don’t think Burt’s a British name, look up “Ickabog” by British author JK Rowling and see the main protagonist of Ickabog, which is a boy named Bert)

5: They both have the same, exact, tan skin color which implies that there is a high chance that Diamond is Sir Diggory.

These 5 examples prove more of my point. After all, in Twisted Thicket Island, they never revealed Diamond’s background nor his nationality. Seeing his deal-making plans with the Queen, it might be possible that the Queen sent Diamond/Diggory to build a big casino in the forests of Twisted Thicket to create a humongous profit. After Diamond/Diggory failed to create the Casino, he came shame-faced to the Queen. Who knows? Maybe Sir Diggory disguised as a figure named Burt Diamond to blend in within the town and get his plan more and more successful as each day passed. He might have been making more profit over the whole decade after he got defeated and finally decided to get more luxury by coming to a city nearby the Jade Scarab village.  Now, poor Sir Diggory is a dung beetle who will probably get identified as a pet in the village or the city nearby. Like I said, Who Knows?

What do you think, guys? Reply your ideas in the comments below.👇👇👇👇👇

*sighs in is actually British* A well written blog, but if you ask my honest opinion I don't think there's a chance they're the same. Just my thought

Maybe you're right. They also have their share of differences.

Well, twisted thicket might be coming up, but I hope poptropica hasn't alienated even Burt Diamond. Poptropica wouldn't do that to an iconic poptropica villain.
Good job on bringing back old poptropica islands, poptropica.

It can definitely be possible, as to your points to prove that Sir Howard Diggory and Burt Diamond could be the same person. I would maybe say it's possible that if they are the same person, he probably just shaved his beard and maybe dyed his hair, ( or it could change through genetics as google said) and tried his chance at another shot at fortune.

Is poptropica still accepting submissions for guest bloggers?Or was it like a competition when the picked a few and that was it?
Sorry if that sounded weird I just can’t remember or find it anywhere.

Hey, you know something refreshing I'd like to see? How about the original islands back? Bet you never heard that one!

Yeah, because you block out all negative feedback from your players, even if it might actually improve the game.