Look to the skies, Poptropicans!

The snow has cleared, the clouds have opened up, and the Baron has finally returned to Home Island! It’s time to “get off this dusty rock” and climb aboard the Airship! 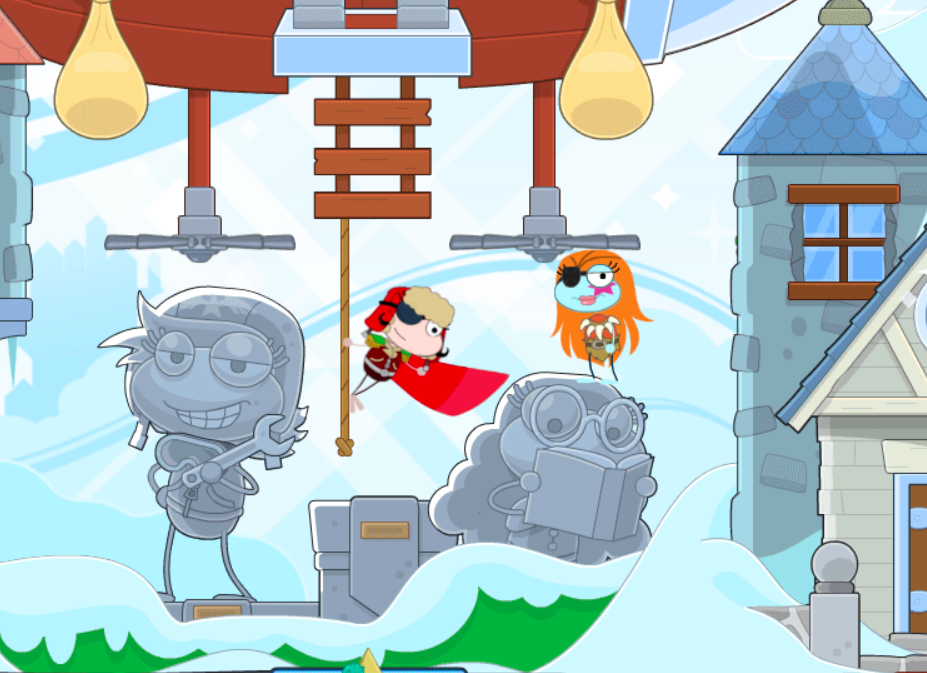 On the Airship’s deck, you can interact with other players, send friend requests, and play the Clear the Skies minigame to earn extra credits! After you’ve explored the main deck, stop by the Baron’s Cabin of Curiosities to see what this month’s pop-up shop has in store. For January’s visit, the Baron’s stocked her Cabin with clubhouse décor and last month’s winning costume design – Rainbow Pup by Hamburger Hamburger! As usual, all players can add the contest winner’s outfit to your wardrobes for FREE! ✨🌈 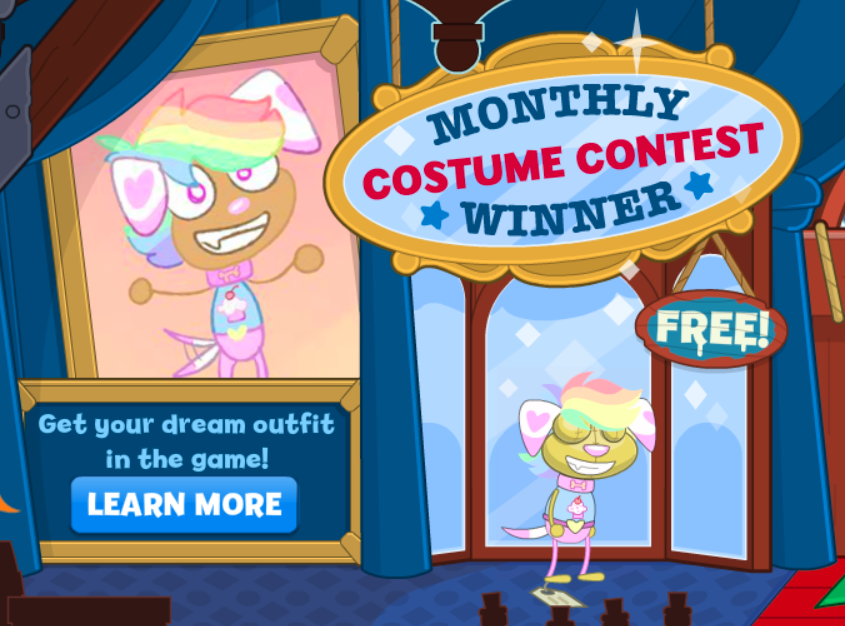 Along with the Rainbow Pup costume, the Baron’s included three new items to decorate your clubhouse. Spice up your cottage with a huge Dino Head (75 credits), potted Cactus (75 credits), and a mystical Cards and Candles centerpiece (75 credits). Who wouldn’t want a giant fossil in their living room?! 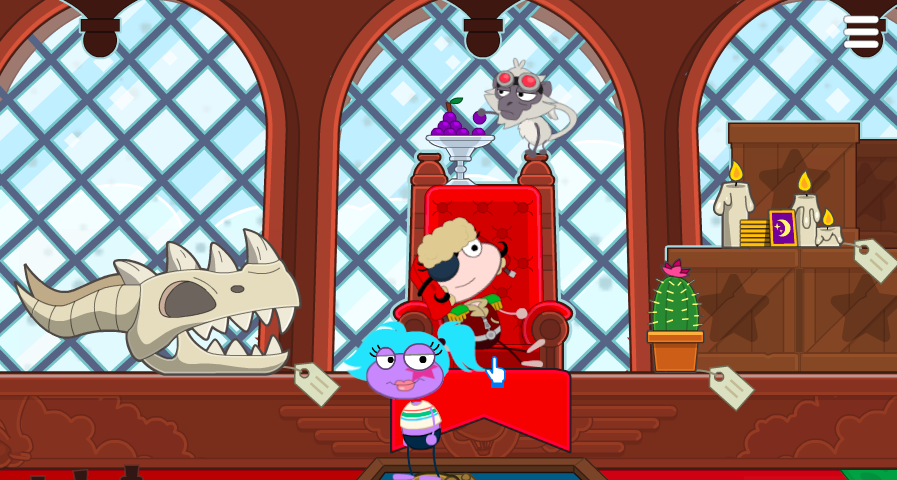 The Baron’s return to Home Island will only last a short while. Don’t miss out on the free costume, jaw dropping clubhouse gear, and the chance to earn some extra credits!

Pop to it before it’s too late! See you on the Airship! 👋

You creators are driving me insane

Um, you're portraying me wrong. First off, I'm a girl, so stop calling me "Baron". I'm a baroness, for crying out loud.
Second, COME ON! I go out of my way to toss a wrench into the player's plane so I can win the Flying Ace Race, and you're making me NICE?! I'm a villain and I'm proud of it! Don't take that away from me! Sheesh!

Why are we still feuding about that?? I won fair and square... Well, more square than fair. We both sabotaged each other. Still, that was years ago! Can we move on please?!

I really wish Arabian Nights and the other new one wasn't for members. Think of people who play your game, not people who pay