A Big Red Dog has been spotted around Clifford Island! 🐶🦴

As a special treat, Clifford is taking a pit stop in Poptropica! Because the Big Red Dog needs somewhere with enough space for him to play, it’s only fair that he gets his own island. For a limited time, Clifford Island is available to all players and includes a handful of minigames and dog-gone awesome prizes! Use the map to visit Clifford Island to play with the colossal pup before he hits the big red carpet for his pup-coming movie debut!

As soon as you enter Clifford Island, you’ve got a present waiting for you! Click on the surprise to claim your Clifford Emoji prize to use anywhere in Poptropica! 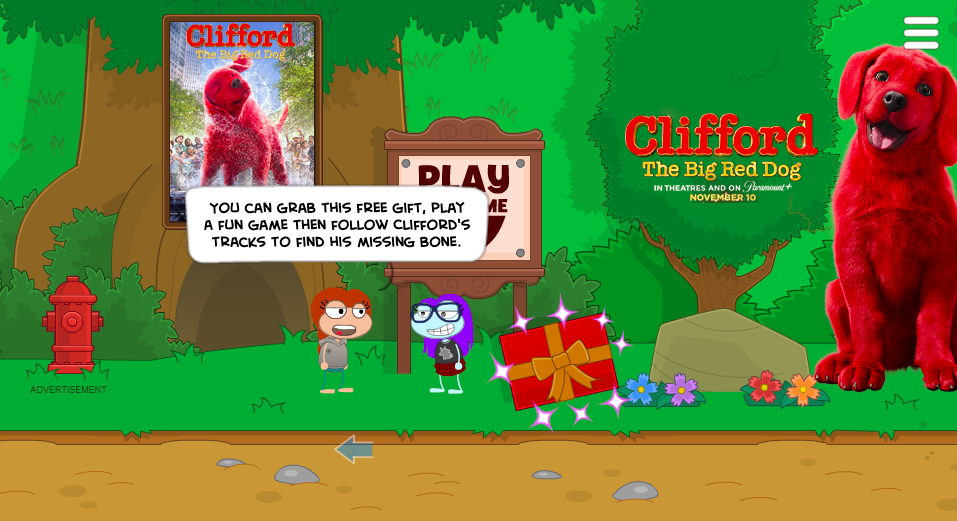 You’re also challenged to a race by Clifford’s owner! Run to the top of the hill to meet Clifford at the movies before your competitor beats you there. If you come in second place, you’re due for round two! Ready or not, here we go. 🏁 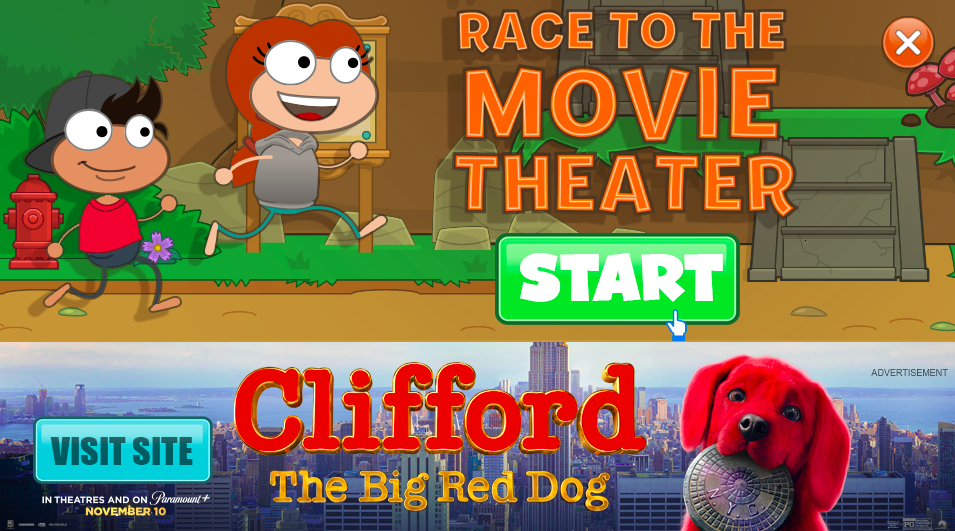 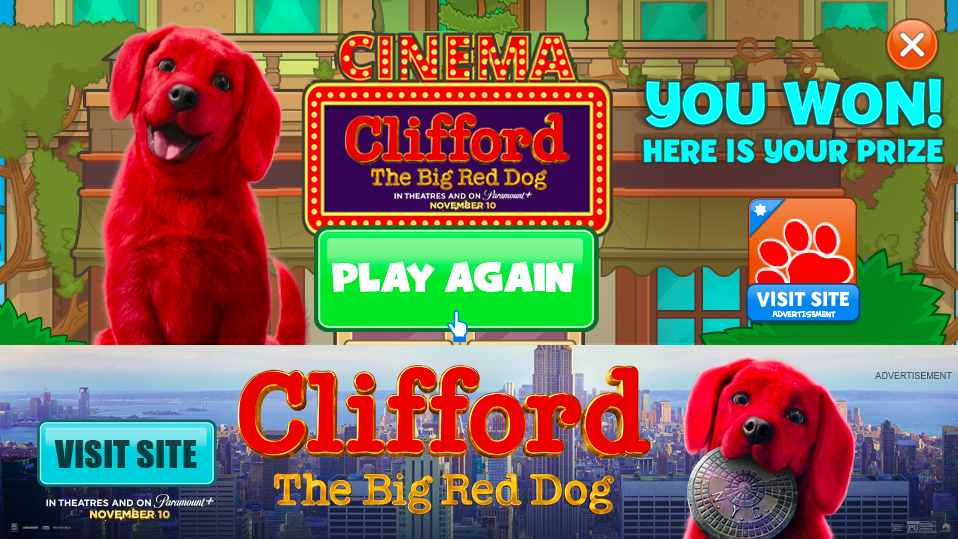 Once you beat Clifford’s owner to the cinema, congratulations! You did it! As a reward for winning first place, you'll earn the Clifford Paw Prints item! Try out your new prize by adding it to your Popsona in the character screen. Press the spacebar to leave a gigantic paw print behind you! 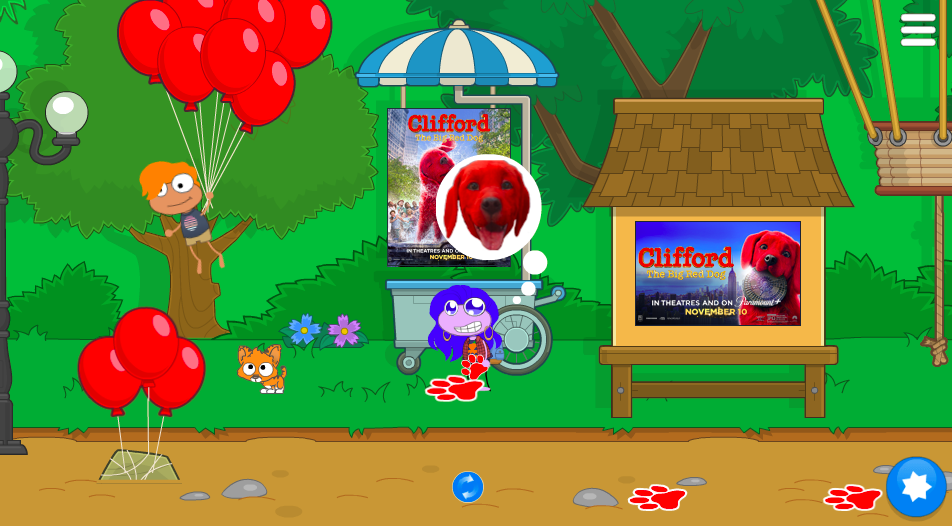 After completing the first minigame, explore the rest of Clifford Island. There’s even some neighborhood pooches taking a load off and relaxing by the pool! Stop for a chat with the Poptropicans near the kiddie puppy pool. One of them hints that Clifford’s paw prints leads the way to another surprise. Track down the surprise by following the slew of paw prints around the island! Thankfully, they’re pretty hard to miss. 🐾 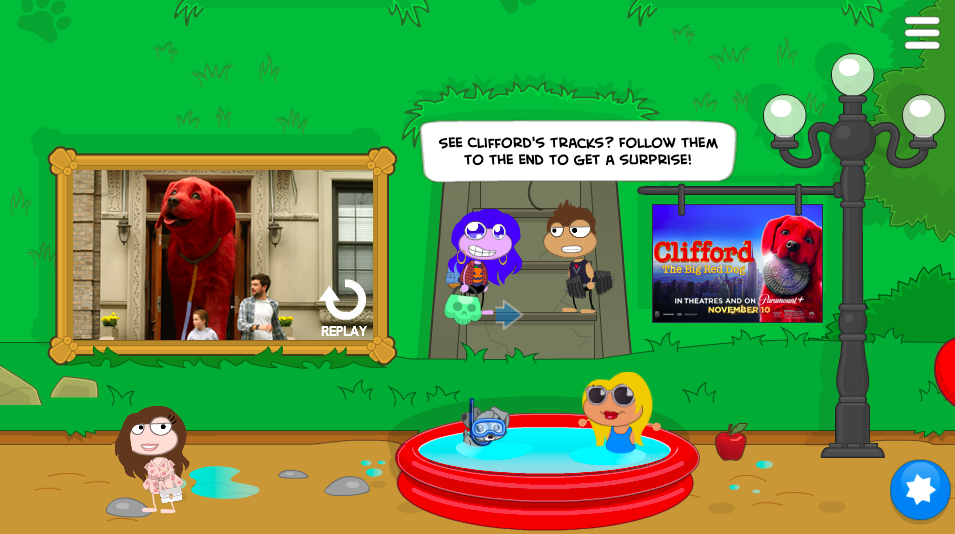 After following the tracks to the mystery location, you can retrieve-r your third prize – Clifford’s Grow Power! Activate the power through the character screen and press the spacebar to transform your Poptropican into a giant! 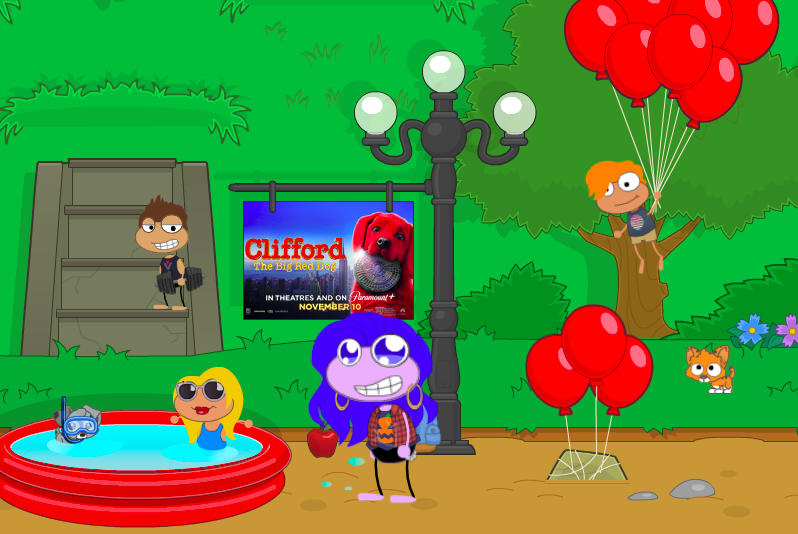 It’s quite the party trick! Try out Clifford's Grow Power in a common room (ex: the Airship’s deck or the arcade) to see the other players’ reactions!

Don’t forget that Clifford’s only in town for a short while! Head to Clifford Island to meet the Big Red Dog and win three exclusive rewards before he's bound for his movie premier!

If you're in search of a fur-ever friend, here's a tip: adopt, don’t shop!

Question please answer cuz it keeps me awake at nights: Do other players actually see it if you activate accessories requiring the space bar while in a common room? Like karate kicks, ray guns, grow power, spider pranks and things like that. I thought it only shows up on your screen?

I've experimented it multiple times with my friends, and the results are NO, it only shows up on your screen.