Greetings fellow players! This is Happy Starfish reporting in for another guest blog post. As a veteran of Poptropica for 13 years, there’s been a lot of islands to explore and complete. One of the elements that makes an island unique is its extensive line of different characters. From innocent bystanders to hidden villains, each island has its own set of protagonists and antagonists.

That being said, you’ve probably been exploring and completing islands on your own, especially the new island: Fairytale Island. Now Fairytale Island also has an extensive line of characters like the surprisingly docile wolf, the mid-life crisis prince and the rock and roll Cinderella. However there is one character you might not have noticed right away: the boy with the puffy blue sweater and striped hat. Don’t know what I’m talking about? That’s okay! I’ll point it out!

When you’re escorting (or rather carrying) Cinderella to the ball (and rock and roll awakening), you pass a carriage wedged in the mud. On top of the carriage is the boy with the puffy blue sweater and striped hat. 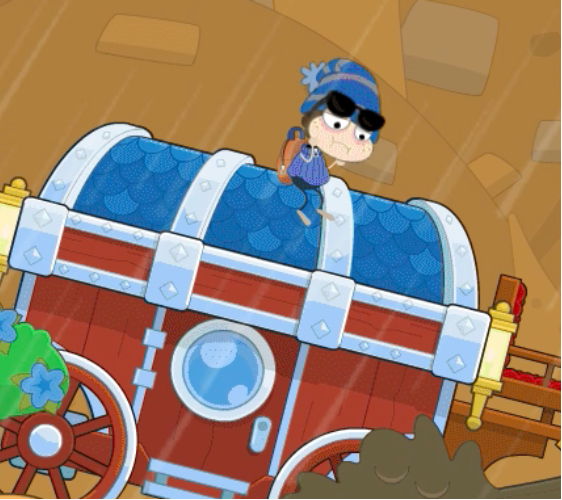 Now that you’ve seen him, some of you might be thinking: haven’t I seen him somewhere else? And that answer to that is YES! The mysterious blue boy can also be seen on various islands accompanied by an arcade advertisement. 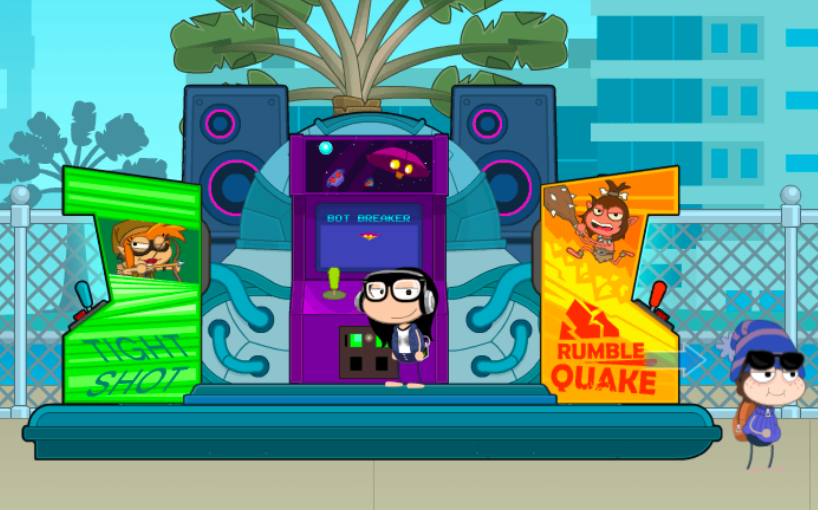 With so many appearances, you might be wondering who he is. Is he a mascot for Poptropica? Is he from another island? Does he have a significance? Or is he just another unique and interesting character?

Well the answer to all those questions is that the mysterious blue boy is actually from another island. And that island is…..SOS Island!

SOS Island is one of the original islands Poptropica had before flash expired. It involved a sinking ship, a loyal captain and the concept of your avatar trying to save all remaining passengers before the ship completely submerged into the sea. Mysterious blue boy was one of those passengers. But...he didn’t always look like he did now. In fact, his hat actually had the emblem of I ❤️

whales on it and he was wearing a life vest. The whale boy was the first passenger your avatar rescued; he also had an intriguing love for whales to the point that he had a whale caller machine. For some of you, this fact might’ve been a blast from the past and for others it might’ve been a completely new fact! 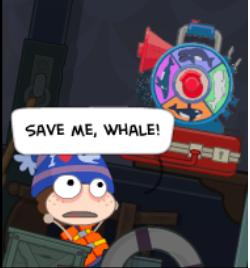 His adoration for whales and adorable outfit caused him to be an instant favorite in my book. And I guess I’m not the only one! After all, the whale boy has now made numerous appearances on different islands! So, while SOS island is gone for now, the whale boy lives on! And who knows? He might not be the only character from the original islands to appear on Poptropica.

Poptropicans, please join us in giving a warm round of applause to our friend, Happy Starfish for their amazing guest blog! What a sharp eye! Thank you so much for being a veteran player and sharing your catch with us, we appreciate it!

Yaaaassss, I missed Ishmael (BTW that's his name) except poptropica's a disappointment now they ruined everything might as well change the name to Mocktropica

I do miss the real Poptropicans . sOS was a good island, I've been a Poptropican for about eight years.

omg wow I forgot about that guy, haven't been on that island in years!

Ahh..SOS was a good island, especially with the sinking cut scenes!

His name is Ishmael, not Whale Boy 🙄

No wonder he stood out and looked familiar!